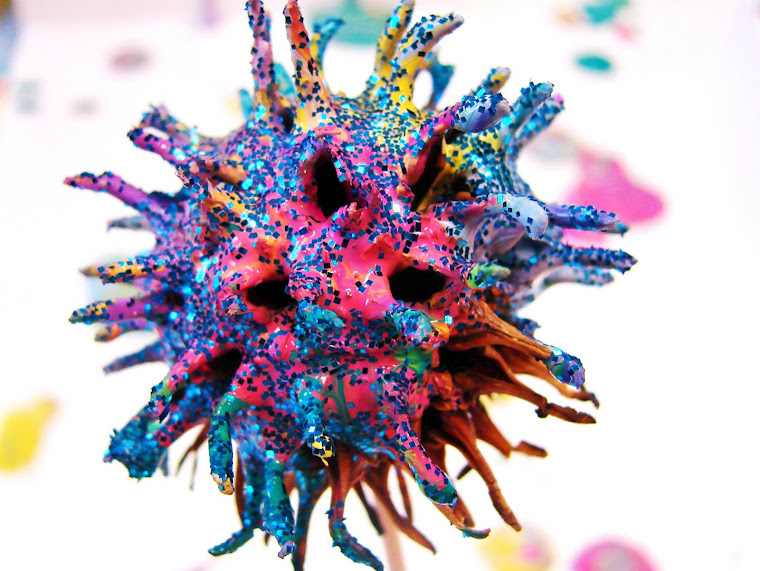 An important part of creativity is having a chance to work on process experimentation and discovery. It’s been three weeks now since we displayed our colorful one of a kind shoe box art. No one would have guessed that it would turn up to be such a science experiment with “cause and effect” being the star of the show. It took skill and concentration to be able to move the golf balls around the paints to create such beautiful prints all over the box. Sometimes the boxes were moved up and down and from side to side. With practice the children learned to master the skill of controlling the balls movement. Consistent repletion of healthy activities opens opportunities for learning and helps build a child’s brain. 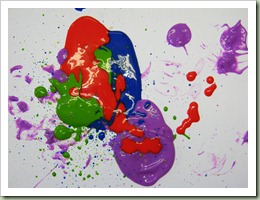 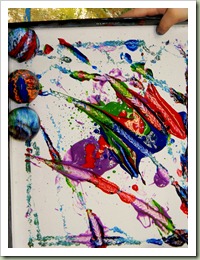 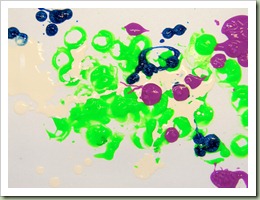 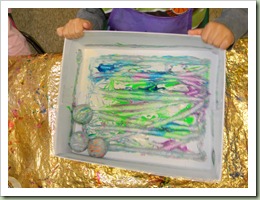 By the time we were done with this activity the children had painted twenty seven boxes. The only problem we encountered was how to keep the boxes on the wall. We attached masking tape around the perimeter of the box so it would stick to the wall but every morning I found two or three boxes on the floor. The children and I would add more tape daily; this went on for days and days till we used up a roll and a half of tape. Those stubborn boxes just wouldn’t stay up! I knew it was time to find another solution to the problem. 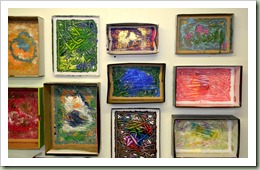 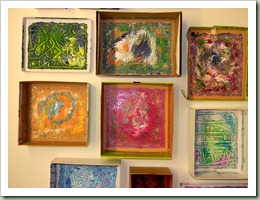 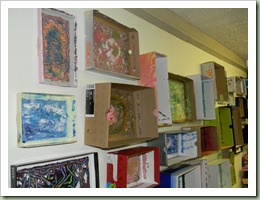 The next morning I picked up four more boxes on the floor and asked the children what we should do? One child said “just use more tape” another said “let’s use a stronger tape… how about the silver tape?” meaning duck tape. After demonstrating the power of duck tape we decided that it would be best not to use it because it would ripe paint off our walls. We observed the boxes more and noticed how it left a blank spot around the rims. I said “they almost look like picture frames”, after pointing that out someone shouted, “just cut it out!” I took a box and cut out the sides and we all agreed that it looked great. We have not had a problem with the again. 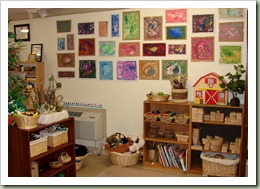 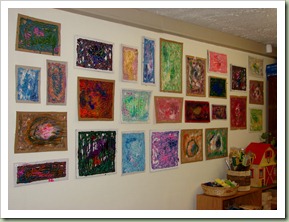 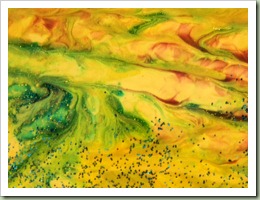 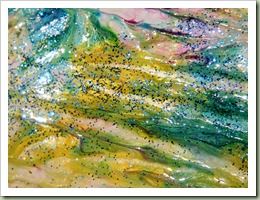 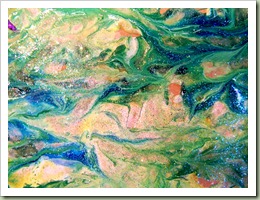 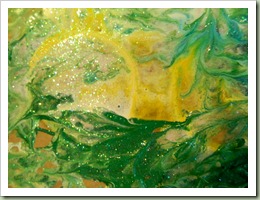 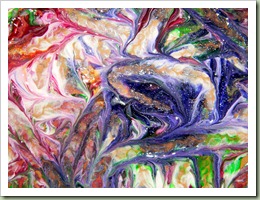 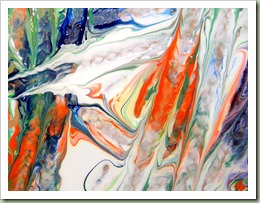 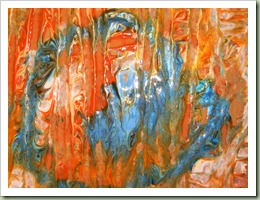 I ended up with cardboard squares of different seizes which I knew was going to be repurposed one day.

Maria Wynne - Casa Maria's Creative Learning Zone
Imagination, Dreams and Adventures, important ingredients needed for meaningful learning. My Pre-school curriculum and environment is deeply inspired by The Reggio Approach to Early Childhood Education. By encouraging children to explore their natural world, ask questions and PLAY in a enriching fun and loving environment, it is my hope that they will receive a foundation for learning.

Do not sell, publish, or distribute all or part of my pictures or articles without my permission.

Linking and sharing by educators is perfectly fine!